About 8,000 plant species worldwide are at risk of extinction (not including the Schlumbergera sp., shown here; I just like this flower!) Conservation efforts aimed at plant species are as vitally important as those focused on animal species. Read more here .

a biography of Aldo Leopold;looking at him with new eyes

Read an excellent review of a new biography of Aldo Leopold in The American Scientist, written by Paul S. Sutter, here . The new book, Aldo Leopold's Odyssey: Rediscovering the Author of A Sand County Almanac, is by Julianne Lutz Newton, and published last year by Island Press. Prof. Lutz Newton focuses on Leopold the scientist, making this book different from all other previous Leopold biographies.
Posted by Bill Mueller at 3:03 PM No comments:

Consumption, and its ecological impact

Along similar lines as those followed by Bill MCkibben in his recent book (reviewed here on Aug.
7th; see here ), the N.R. Goodwin et al. online paper "Consumption and well-being" in the online Encyclopedia of Earth details the changing views of economists on "utility theory" and other theories of economics. More to the point of my purposes here is the section on "The Ecological Impact of Consumption". To find this, scroll about three-fourth's of way down the page here .
Posted by Bill Mueller at 4:11 PM No comments:

See the most recent online issue of Ecology and Society: A journal of integrative science for resilience and sustainability, at:
http://www.ecologyandsociety.org/index.php

The table of contents for this issue is found here: http://www.ecologyandsociety.org/vol12/iss1/

All papers are available as html documents or pdfs, or you can choose to access only an abstract.

News from the WorldWatch Institute is here: http://www.worldwatch.org/

A fascinating section on disasters and peacemaking is at: http://www.worldwatch.org/taxonomy/term/435
Posted by Bill Mueller at 12:03 AM No comments:

The "Bird Year" - raising awareness of climate change, by birding!

15-year-old Malkolm Boothroyd and his parents have been cycling "on a year-long, fossil-fuel-free journey (by bikes, boots and boats) in search of birds". This is a truly wonderful adventure, demonstrating that birding can really be a great way to help people learn about climate change.

See more about the effort, the "Bird Day" challenge, and the birds these folks have seen thus far, at:
http://www.birdyear.com/index.html

Their "news" page is at: http://www.birdyear.com/Other/News.html
Posted by Bill Mueller at 11:41 PM No comments:

birders' response to climate change: a challenge for 2008

You may have noticed information about my challenge to birders to do a WSO Earth-friendly Birdathon earlier this year. Well, it was pretty much a non-starter - only 2 people participated in the entire state, plus a few folks made donations for Cerulean Warbler conservation. Although I'm grateful to those who participated or donated, it wasn't exactly what I'd call a robust response! Perhaps what I asked for was too complicated. I'm not sure.

Let's move on. I'm asking for your help in re-doing this in 2008, in a different way. I'm asking for your input regarding a more broad, year-long response to climate change and its effects on birds. This is what I'm proposing: that we all co-sign a challenge to ourselves and others to "do birding differently" in 2008. I'm not asking people to "give up" birding - but I do think we need to reconsider doing things the way we have always done them. Here are some ideas - I am asking each of you for comments (shoot straight - you won't hurt my feelings), additional ideas, and then, toward the end of the year, your name, along with the signatures/names of any others of us who agree to this challenge, at the bottom of a letter, e-mail to various lists, and a notice in the Badger Birder and elsewhere. Yes, there ARE sacrifices involved.

Here is a skeleton to build on:
1) Think about your birding destinations, goals, and plans for the year; how could you accomplish them using less fuel?
2) Make a commitment to car-pool as much as possible on birding trips
3) Participate in bird-monitoring projects such as bird censuses (BBS, CBC) in lieu of some other trips.
4) Car-pooling to meetings (not all having to do with birds!)
5) Fun (really, this does not have to be distasteful! ) challenges such a big year in the smallest possible area, using the least possible fuel, and/or big days doing likewise
6) Other ideas - you name it!

Please think this over. If you don't agree, and don't wish to participate, I will surely understand. But I can promise you one thing: I'll keep working toward
finding ways to move this ( or something like it ) forward. I'm eager to hear or read your thoughts and responses. Feel free to share this challenge with others. I am sending it to a lot of people, but will miss some along the way. Thanks for any help you can provide.

The Lieberman-Warner climate change bill unveiled a few weeks ago is not enough.

If climate change predictions are correct, what will it cost us, not even including effects on species, and ecosystems? Here are some sources that attempt to answer this question, albeit only in estimates:

How much might climate change add to future costs for public infrastructure?
http://iser.uaa.alaska.edu/Publications/Juneclimatefinal.pdf

Climate Change – the Cost of Inaction (a Friends of the Earth UK Report):
http://www.foe.co.uk/resource/reports/econ_costs_cc.pdf

If you choose just one book for late summer/early fall, or indeed just one book to fit in yet this year, let me suggest one. Bill McKibben's latest book is entitled "Deep Economy: The Wealth of Communities and the Durable Future" (2007, Times Books, Henry Holt & Co., New York). McKibben's nine previous books have ranged widely but have at least revolved around environmental themes. He is perhaps most widely-known for the 1989 book "The End of Nature". McKibben's been writing about climate change for nearly 20 years; in other words, since long before many people ever took it seriously, and at least before many people even knew what it was.

This book, however, goes to the heart of what should be done to create a more sane, ecologically sustainable and livable economy, and thus a more sane, ecologically-sustainable and livable world. Surprisingly, it is not as much focused on technological changes as one might expect. Instead, Mckibben focuses on the myth of growth, on community, as well as energy production, and food.

Indeed, McKibben predicts that the necessary economic changes may and will come from the bottom up, not from the top down. In fact, the most hopeful and optimistic parts of his tale are about places all over the planet where small-scale changes are already occurring, and are having amazing success. Read for example about the rising trend in farmers markets, small-scale electric power generation projects, local farming cooperatives, and similar initiatives. Read about Gorasin, a Bangladeshi village where villagers raise 21 food crops, chickens for meat and eggs, as well as fish on one acre. Fewer nutrient deficiencies, and an almost total rejection of synthetic fertilizers and pesticides (they've already had their bad experiences with the use of both). Or read about a Guatemalan cooperative that makes human-powered farm machinery out of old bicycles, including a grain mill, a machine for manufacturing roofing tiles, and bicycle-driven irrigation pump.

McKibben explans how the search for More has become what has been driving us, at the same time as we are discovering that More seldom equals Better - in fact, it is often the other way around.

Like his other books, Deep Economy is fascinating and well-written. McKibben is a consummate journalist and essayist. I'll be surprised if you come away from this book without a more hopeful view of the future - but while he's leading you to see that possible future, he does not pull any punches, and he shows that there is no easy way ahead. He's done the research that makes this book totally convincing.

See more about this book at http://www.billmckibben.com/deep-economy.html
Posted by Bill Mueller at 1:19 PM No comments:

Blogs and sites I read and recommend 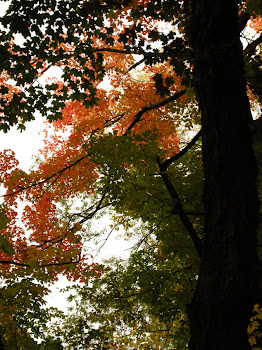